Tracking the true cost of the Coronavirus in human lives

The Economist magazine has updated their estimates of the number of excess deaths around the world since the onset of the COVID-19 Pandemic.

It makes powerful and depressing reading.

Their data on European countries suggest that. quote, "compared with a historical baseline of 2009-19, Europe has suffered some deadly flu seasons since 2016—but that the death toll this year from covid-19 is far greater. Overall, the number of excess deaths across the continent since March is about 170,000. Though most of those victims have been older than 65, the number of deaths among Europeans aged 45-64 was 40% higher than usual in early April."

Key lessons from the data include

Here is the Economist's table for the fifteen countries with the highest rate of excess deaths among those nations which publish enough reliable data for this calculation to be done at all. There are huge swathes of the world, and countries such as Iran or China, where lack of trustworthy data makes it impossible even to attempt to calculate equivalent excess death statistics.

In countries like Mexico or Russia where there is a huge gap between the official total for COVID-19 deaths and the number of excess deaths compared with what would have been expected since the pandemic hit, the most likely explanation for the discrepancy is that the impact of the Coronavirus pandemic is greatly underestimated by the official figures.
However, in countries where the two figures are much closer, such as Britain, it is likely that at least a significant fraction of the difference between the official COVID-19 death toll and the number of excess deaths is the net indirect effect of the Coronavirus.
This would include people who have died of other conditions for which they would have been successfully been treated had the pandemic not disrupted their care or scared them away from seeking help, and it also includes the negative impacts on health of the measures taken against COVID-19 such as lockdowns - lack of exercise, depression, and suicide among others.
Sweden, one of the few countries which has never enforced a lockdown,  is often cited by both advocates and critics of lockdown as providing evidence which they think supports their case. The Economist's statisticians comments on Sweden are as follows:
"Sweden was one of the few countries that did not enforce a lockdown at all. It has endured a lower death rate than Britain or Spain, but a higher one than neighbouring Norway or Denmark, which enacted more stringent policies."

You can read the full article on the latest Economist tracker here. 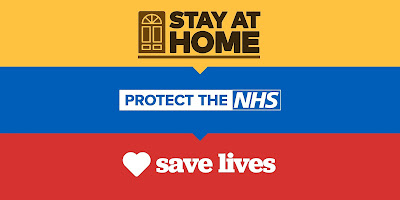