Nationally too the jobs picture continues to improve. Unemployment remains at the joint lowest rate for over ten years – down nearly 900,000 since 2010 – according to the latest set of labour market figures out earlier in December. Since a year ago there are 350,000 more people in full-time work. 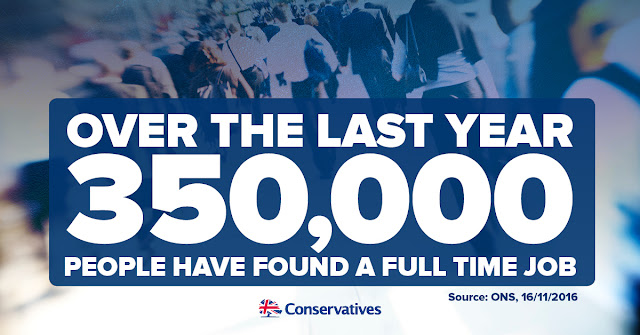 Since the Conservatives entered government, employment is up by over 2.7 million – that’s well over 1,000 jobs created on average every day. 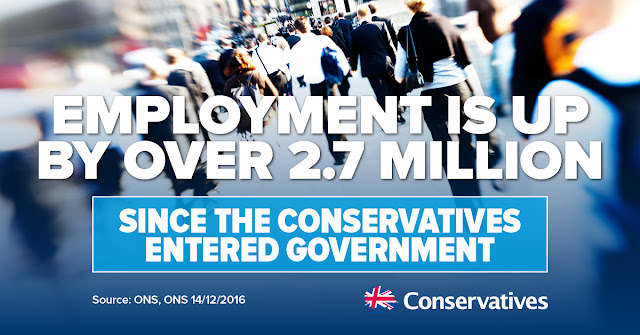 This year jobs growth in Britain broke record after record. At the beginning of this year the employment rate recovered to and passed it's pre-recession peak and since then Britain's employment rate has been higher than in any previous year. More women, older workers and ethnic minority groups in work than ever before. The current employment rate is 74.4% which is up from 73.9% at the same time last year.

Half a percent might not sound like much, but it means about 350,000 more people are in work - and for 350,000 people who now have the security and dignity of work, and members of one of the hundreds of thousands of families which now have a pay packet coming in, that's a big deal. 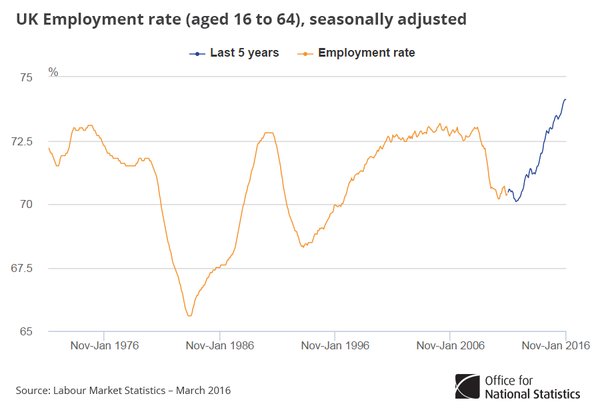 Encouragingly, this good news has extended right across the UK. But there is more to do to help people of all backgrounds and abilities into work, which will remain a priority as we press ahead with our welfare reforms that are ensuring it always pays to be in work.

Building an economy that works for everyone means making sure everyone can have the security of a regular income so they can provide for themselves and their family.
Posted by Chris Whiteside at 10:30 am