One of my favourite sayings is

"Never attribute to malice what can be adequately explained by incompetence."

I have seen this quote attributed to various people going back as far as Goethe and also including Napoleon and Bernard Ingham, but there seems to be most evidence for an almost identical form of words having been originated by Robert J Hanlon, and it is often known as Hanlon's Razor, 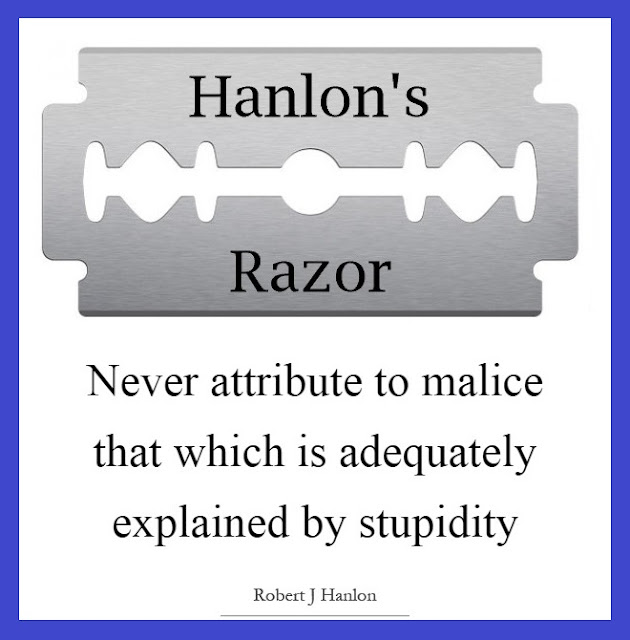 The science fiction author Robert Heinlein also made a similar comment, and it has also been suggested, though this appears to be paraphrasing him wildly, that there might be a "Heinlein's Razor" as follows:

"Never attribute to malice that which can be adequately explained by stupidity, but don't rule out malice."
Posted by Chris Whiteside at 9:28 pm