Good news on growth and wages

While it is wise not to place too much reliance on a single month's figures, the numbers for economic growth in the year to July which were published yesterday were encouraging.

The UK's economy grew faster than expected in July, easing fears that Britain could fall into recession. The economy grew 0.3% in July, according to the Office for National Statistics, the UK's official statistics body said, helped by the strong growth in the services sector.

Today we have figures for employment and growth which show

Average wages have now been growing faster than inflation for a year, suggesting that for many people their pay packets are finally recovering from the effects of the recession which started in 2008. 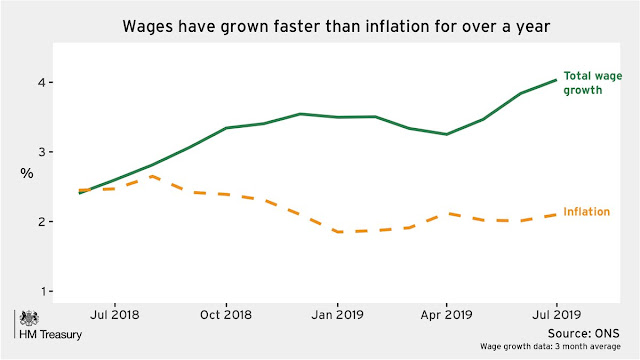 Posted by Chris Whiteside at 11:50 am