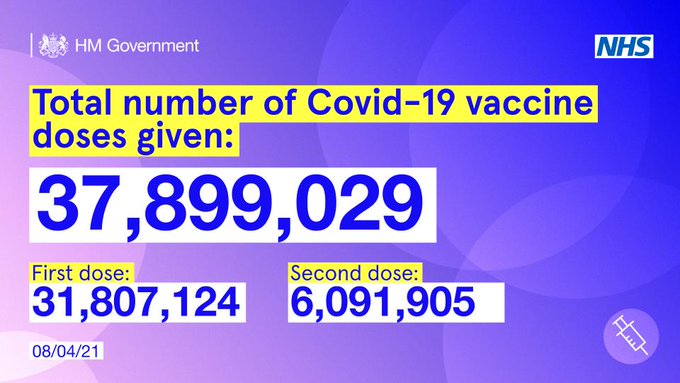 NHS England has also confirmed that as of 4th April, the following percentages of people in England in the categories described had had a first dose of an approved vaccine:

And also 92% of people shielding and 79% of staff in care homes for the elderly.

To achieve this level of protection against a deadly disease none of us had heard of fifteen months ago is an incredible achievement for the scientists, NHS staff and everyone else involved.