Time to tone down the Brexit rhetoric - on all sides.

This people who have been discussing the PM's plan for Brexit using the language of betrayal, double cross or duplicity need to lie down in a darkened room until they have calmed down.

The same applies to all those who have made personal attacks on those ministers who have resigned from the government - and those who have not - and to those Labour MPs who have made themselves contenders for the "Pot calling the kettle black award" for 2018 by making a huge fuss about two cabinet resignations when their own front bench has suffered more than a hundred resignations under the present Labour leader. 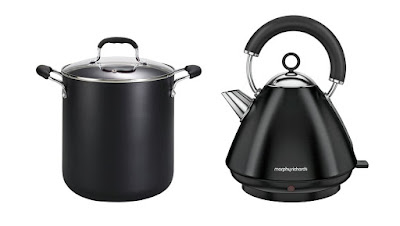 ("Dear Pot, thanks for your comments. Yours sincerely, Kettle.")

As I wrote on Monday morning, a former World War II hero who know what being shot at for real was like and had become Conservative MP for Winchester after leaving the navy, Rear Admiral Sir Morgan Morgan-Giles DSO OBE, once attempted to calm down an earlier angry debate about Europe with the joke,

The Prime minister and the members of her cabinet who support the Chequers proposals have not "betrayed" or "sold out" the 17 million people who voted for Brexit. They are doing their best in extremely difficult circumstances to implement the decision of the 52% who voted Leave in a way which respects the interests of everyone in the country. Whether you agree with them or not, using the language of betrayal to describe the proposals does not move us forward.

Anyone who imagined before or after the referendum vote that unpicking 44 years of integration with the EU could be done quickly and easily with no messy compromises was grossly optimistic to a degree which verges on the delusional. Real life isn't like that. The fact that the PM is grappling with those messy compromises does not mean that she is selling anyone out.

Throughout her tenure of Number 10 Theresa May has attempted to maintain the balance of Brexit supporters and Remain voters within her government. The fact that the great offices of state are now occupied by people who voted Remain is because a Leave supporter who she had appointed to one of the most important offices in the land and allowed to retain that position with enormous patience chose to resign, not because of any kind of remain "coup" as some of the febrile language used in some quarters would have you believe.

Some Brexit supporters have put themselves in the absurd position that one minute they were calling on fellow leavers to resign from the government, and the next minute they were complaining that the government contained too many people who had voted Remain, including the holders of all the top officers of state, a situation which came about precisely because some Leave supporters did resign.

The need to avoid divisive and extreme language applies equally to both sides. It would not help in any way to use inflammatory language about the former ministers who resigned from the government over the past 72 hours.

Britain is leaving the EU and unless there is a unanimous vote by all 27 other member states to defer it, this will happen at the end of March 2019. UK negotiators need to make one last push to negotiate the best deal we can, and it needs to happen now, and anything which undermines that, whichever part of the political spectrum it comes from is against Britain's interests.
Posted by Chris Whiteside at 7:28 am

I keep trying to explain this, what people want gets you nowhere, we found it, and the government clearly did too.

Sadly it seems our government are not sensible like the leave alliance were, and did not regroup, realising they are getting no where, and instead go for what is possible and do-able.

before they even had started we heard that we wont remain in the EEA or Customs union, which was madness from the start. its a process not an event.

told you that 2 years ago

Leaving the EU in the manner proposed by Mrs May's Government is "against Britain's interests." Both Brexiteers and Remoaners agree on that.

Jim, you did say that, and you were right.

The problem has been all along that the country, and parliament, and the two major parties have been split pretty much down the middle with most of the noise coming from the two extremes - the people who want to ignore the referendum result and stay in the EU on the one side, and those people for whom any compromise to try to obtain access to EU markets when we leave the EU is treachery, on the other.

The fact that both sets of extremists are condemning the government's position is less and less surprising because there increasingly seems to be no reasoning with either.

I think, Jim, that re-grouping and going for what is possible and doable is precisely what Mrs May is trying to do, and is right to try to do.

"What is possible and doable" is not Brexit.

it is really, Brexit is simply British Exit from the European Union, that's all it is. There was never any question on us leaving the Single market. So as its a question never asked its quite clearly a question never answered.

I have to agree with Jim.

The referendum ballot paper asked one question - whether Britain should remain a member of the EU or leave the EU. It didn't specify whether we would be in or out of the Single Market or Customs Union - and there are states which are outside the EU but in each of these.

If the official Leave campaign, Vote Leave, had published a clear, comprehensive and specific plan for what they wanted to happen if they won - as the "leave alliance" did with Flexcit - then Brexit supporters would have a mandate to demand that the plan concerned should be implemented.

And they might in that situation have had an argument when they accuse Theresa May of treachery - an accusation which helps nobody but Jeremy Corbyn.

They had no plan. They have no argument. And if they think Mrs May cannot be trusted on Brexit, just wait until they have helped Corbyn into power - because there is only one aspect of Labour's attitude to Europe over the past fifty years which has been consistent, and that is that neither supporters or opponents of the EU can rely on them.

Well done, that is why DC's deal never could have won, he failed to state in advance what he will and wont accept. It really is that simple.

I think he was pretty clear about what he wanted. I think his main problem was that despite warnings not just from DC but from people like John Major, the EU establishment in general and Angela Merkel in particular did not take as remotely as seriously as they should have the possibility that Britain would vote to leave, and that weakened his negotiating hand.

DC's big mistake was that he didn't take it seriously enough either, which is why no planning was done before the referendum for what on earth Britain would do if there was a leave vote. With 20:20 hindsight that was a serious error and whatever anyone may think she got right or wrong, TM has been trying to catch up from that situation ever since she became PM