Senator John McCain, perhaps the best leader the free world never quite had, has died at the age of 81 after a long battle with cancer.

"The Vietnamese interrogated, cut and beat him. They put him in solitary. Then they discovered he was important and offered him release before those who'd been held longer.
He refused.
He.
Refused.
So they tortured him again. Never mind the politics, this was an incredible human being."

Theresa May wrote about him that,

"John McCain was a great statesman, who embodied the idea of service over self. It was an honour to call him a friend of the UK. My deepest sympathies go to his family, and the American people."

He will be missed. 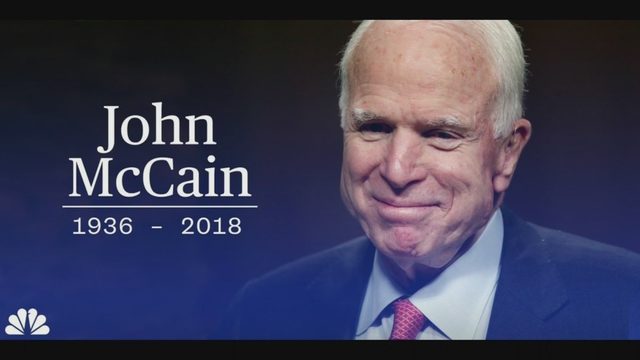 Posted by Chris Whiteside at 1:17 pm