A reminder of elections past

Since Labour is again fighting an election based on scaremongering about the NHS, here is a reminder that less than three years ago they did the same thing in Copeland.

And it's been long enough to give a useful case study of the accuracy - or lack olf it - of Labour's claims.

Here is a cross reference of what Labour said about health during the Copeland  by-election cross checked against reality. 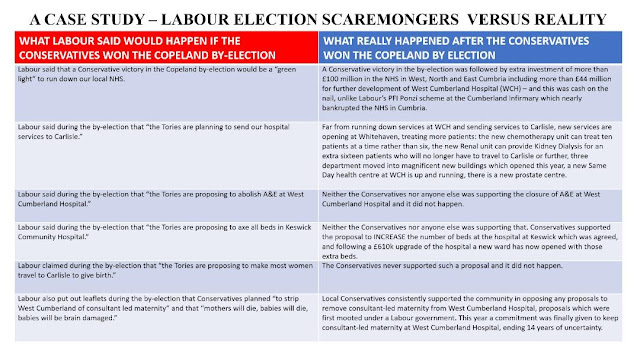 Posted by Chris Whiteside at 9:00 am