Quote of the day for Advent Sunday

Today is both the first of December - which is when many people think is a reasonable time for the Christmas season to start - and also Advent Sunday, which is when the Christian churches, who logically ought to have some say in the matter as it is the celebration by Christians of the birth of Jesus Christ, say that the lead in to Christmas officially starts.

So after weeks of seeing Christmas decorations and lights all over the place, and hearing Christmas "musak" in various shops, the Christmas season has finally officially arrived.

I personally think that the lead in to Christmas is more enjoyable if you celebrate it over the three to four weeks it is supposed to last rather than stretching it for two months starting just before Halloween.

Advent Sunday is the first day of the church's year: it is the start of the season when Christians look forward to the coming of Jesus.

Here is are two quotes, one from Mother Theresa and one from Pope Bendict, which for me sum up what Advent should be about. 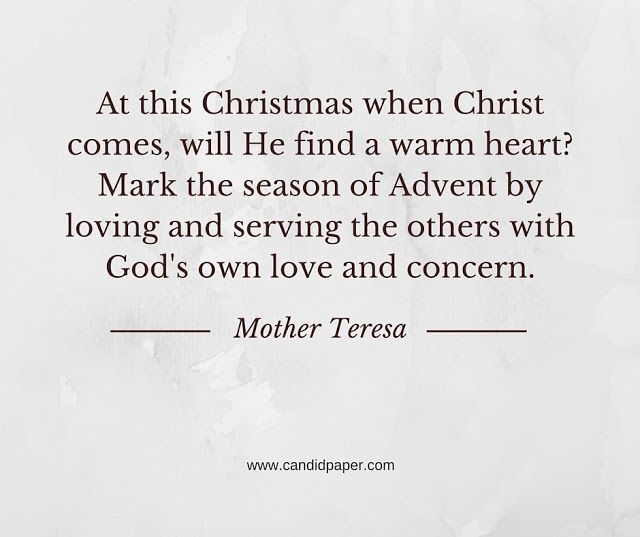 Posted by Chris Whiteside at 12:00 pm