Caption winner of the week

Had to laugh when I saw this on twitter (the fact that I get the joke undoubtedly dates me!)

A picture of Arnold Schwarzenegger meeting the pope ... 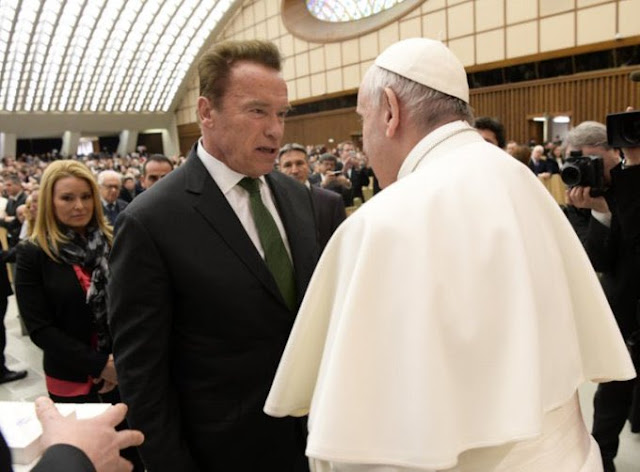 with the caption, "I need your clothes, your boots, and your motorcycle."

(For those not old enough to remember it, this was an iconic line from his film "Terminator Two."

IIRC these were the first words spoken by the time-travelling killer robot Arnie plays in the film, at a stage when you have been told two travellers have been sent back from the future, but before you know which one has been sent to kill the young John Connor and which to save him.)
Posted by Chris Whiteside at 10:11 pm

Thanks, you just made me feel old as well.