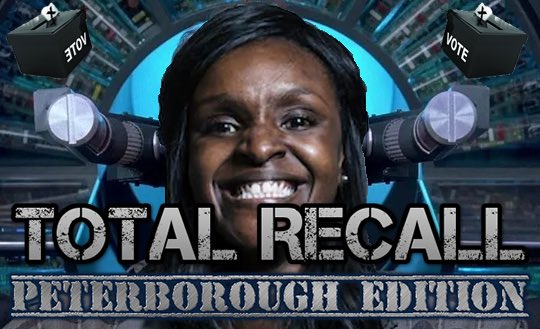 The former Labour MP Fiona Onasanya has become the first MP to be removed by a recall petition – meaning local residents will have the chance in a by-election to vote for someone better.

The people of Peterborough, who overwhelmingly voted to leave the EU, deserve an MP who will respect their wishes and vote in Parliament to deliver Brexit while fighting to respect their interests and this result gives local people the chance to make their voices heard and vote for a better MP.

Peterborough’s choice will make a crucial difference to the future of what is already a thriving city, as well as one that has so much more potential.

The Conservative parliamentary candidate is Paul Bristow, who will be fighting hard to win the election in order to tackle crime, deliver the jobs and investment Peterborough needs, and ensure Brexit is a success for the local community.
Posted by Chris Whiteside at 9:34 am