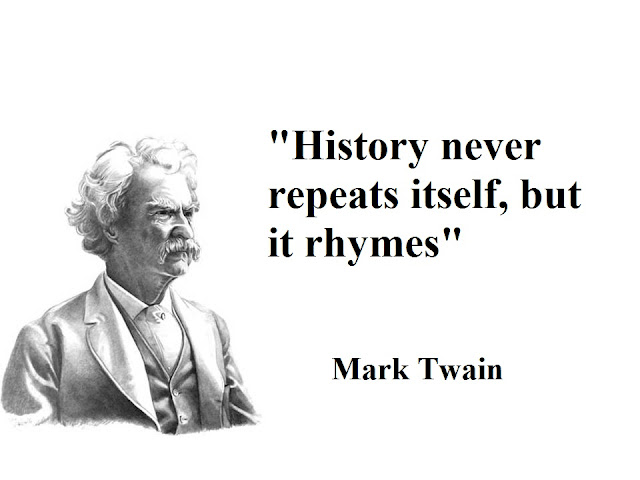 It is not known for certain whether Mark Twain really said this - although the first four words of the quote certainly do appear in a novel he co-wrote in 1874.

When the Quote Investigator website investigated this saying in 2011, the earliest close written matches they found were both dated as recently as 1970, sixty years after Mark Twain died, although both sources did reference it to him.

One of those references was, in fact a letter to the New York Times in 1970 from someone who had heard the quote and asked if it was true that Mark Twain had said it! Sadly there was no satisfactory answer.

The other reference was in a poem by Canadian artist John Robert Colombo who is still alive, and Quote Investigator contacted him. He told them that he thought he had heard the quote, with the attribution to Mark Twain, in the 1960's perhaps in the columns of “The Times Literary Supplement” but had never seen a precise source.

It is, however a quote much beloved of historians and is often repeated usually attributed to Twain.
Posted by Chris Whiteside at 8:00 am