The last ten years since the crash of 2007 have seen a prolonged difficult period for many people, with real wages stagnating for the best part of a decade.

Real wages had just begun to grow faster than prices when the drop in the pound after the Brexit vote caused an upward "blip" in inflation which peaked at 3.1% late last year and prolonged the period of stagnation in real incomes.

However, as the latest inflation figures suggest that the "blip" in inflation is working its way out of the system, wage growth has again caught up with prices.

Inflation is now expected to stabilise at the government target of 2% p.a. while wage rates are expected to grow at between 2.5% and 3% per annum. Hence there is good reason to hope and expect that real wages will resume their upward movement. Figures released this week also show record numbers of people in work. 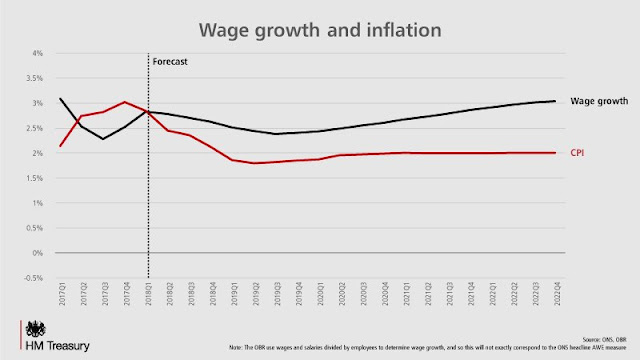 Posted by Chris Whiteside at 8:31 pm