The RAF anniversary: a hundred years of bravery and service

This weekend sees the hundredth anniversary of the founding of the Royal Air Force.

In that hundred years many brave men and women have worn RAF uniform in every part of the world. They have rescued people from the sea and fought off enemy bombers and missiles.

There is much more to the history of the RAF than the Battle of Britain, but I will single it out because as the great statesman responsible for the quote below also said, if Britain lasts for a thousand years people will still describe it as our country's finest hour. 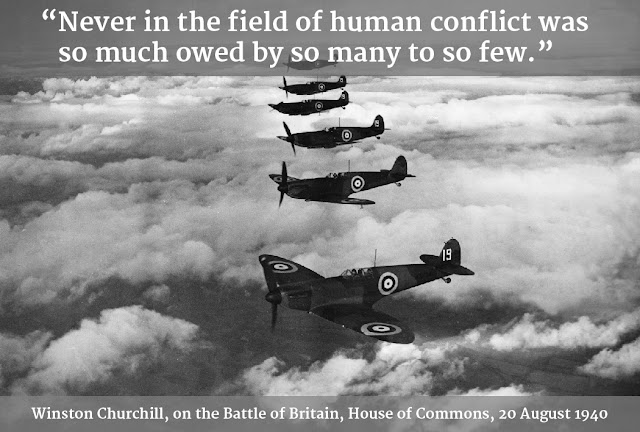 Posted by Chris Whiteside at 8:19 pm