Because of the strict control by the Kremlin, and harsh punishments for expressing criticism, it is very difficult to be certain what the majority of the Russian people really think. So I repeat this information with a high degree of caution.

But there do appear to be straws in the wind in the form of polling released by an independent Russian media outlet having been leaked by the Kremlin's own internal polls suggesting that the legendary patience of the Russian people may be starting to run out.

If - if - this leak is genuine, and this is what the Federal Protective Service is really finding, what is the real situation? It's not going to be better for Putin, is it? 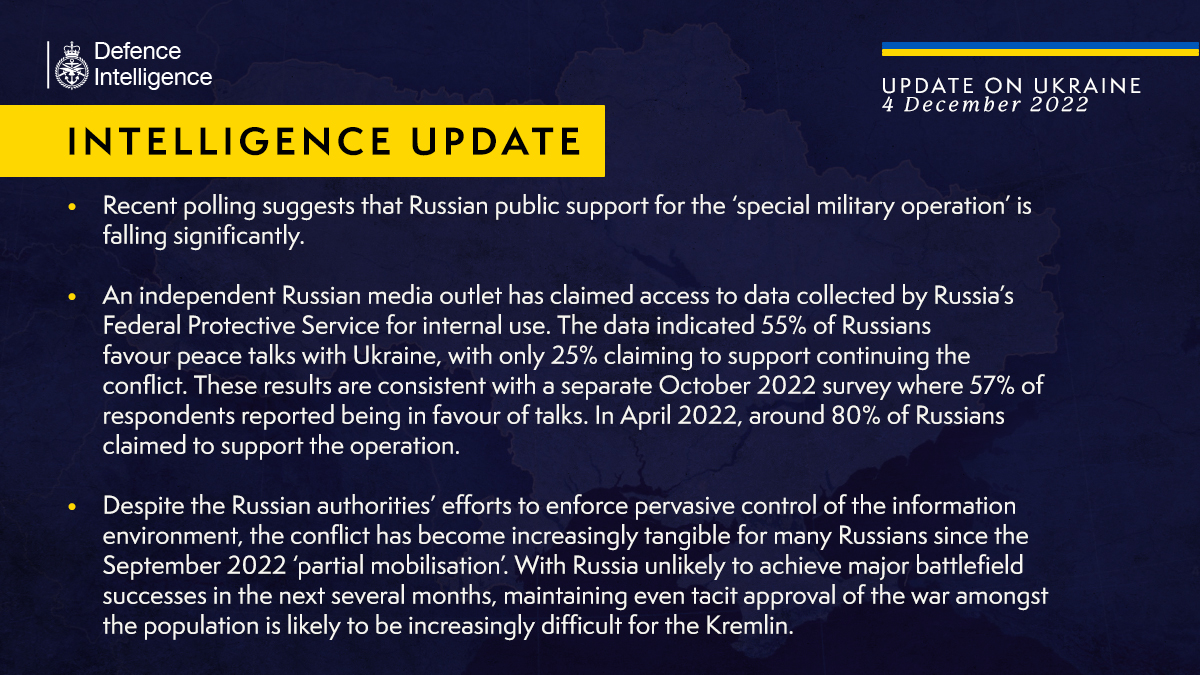 Posted by Chris Whiteside at 2:17 pm