Budget Deficit drops £5.7 billion to lowest level since before the 2008 crash.

The Office for National Statistics (ONS) has released figures showing that public sector borrowing between April 2017 and March 2018 was £40.5bn which is £5.7 billion less than the previous year, £4.7 billion less than expectations, and the lowest in absolute terms since 2007 (before the crash.)

As a share of GDP the reduction in public borrowing is even more pronounced - borrowing has dropped to 2% of GDP which is the lowest level since 2002.

Other figures released this week shows that inflation continues on a downward trend, dropping to 2.4% in the twelve months to April 2018. 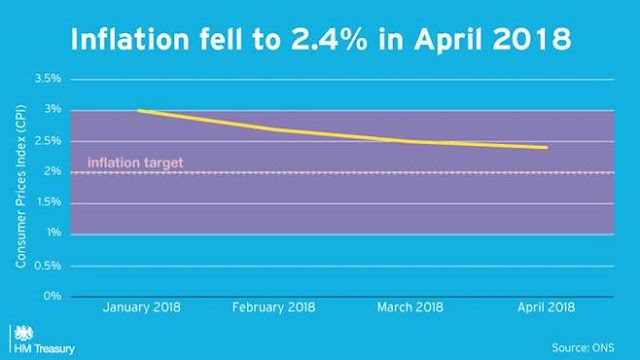 Posted by Chris Whiteside at 10:25 pm