When a headline really takes the biscuit

As Humbert Wolfe wrote many years ago 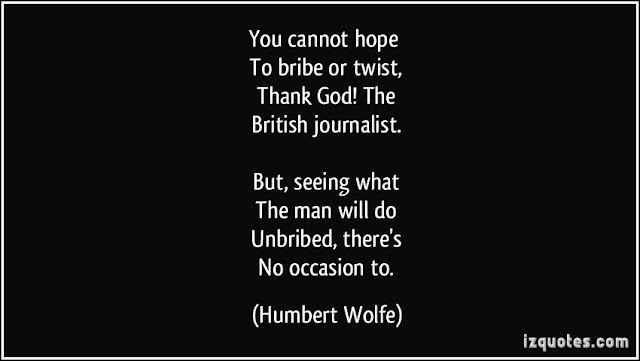 (There were not many lady journalists when Wolfe wrote this. but the quote is equally applicable to men and women.)

So anyone who saw the headline and feared that Ulverston has its' own budding Donald Trump putting a physical barrier through the town does not need to worry ...
Posted by Chris Whiteside at 10:05 pm