I put up quotes last month from Thomas Sowell and Matthew Syed about the state of public discourse in their respective countries, and in particular, the propensity to assume that everyone who takes a different view about things or supports a political cause they don't like must be deranged, evil or both and that one's political opponents cannot be right about anything.

Both made important points which deserve re-emphasis and repetition. It is not a problem unique to Britain or to the Anglo-Saxon nations, it is a problem of the social media age. 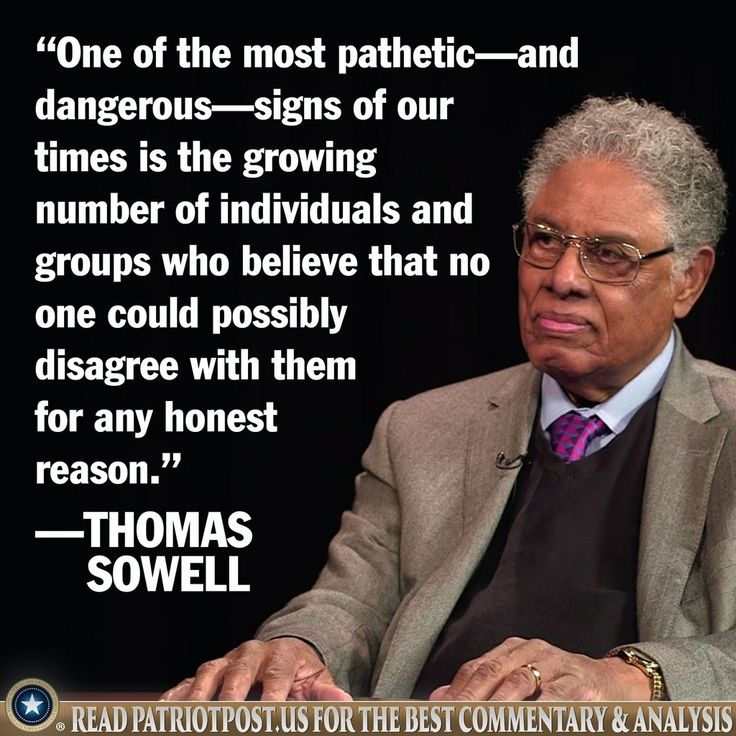 Here is what I wrote on 9th May, quoting a Matthew Syed article from the previous day.

"Sunday Times journalist Matthew Syed, who to the best of my knowledge is not a Conservative"

"and certainly writes plenty of things I disagree with, wrote a very good piece in yesterday's paper about the state of public debate as illustrated by the COVID-19 pandemic.

In the early stages of the pandemic one of my friends posted that whatever any government had done they would be attacked by the relatives of those who died for not having done enough, and by those who lost their jobs or businesses for having imposed restrictions which were too strict. This was to prove only too accurate.

Certainly on social media (particularly Facebook but also the comments section of this blog) I found the government constantly under fire from two diametrically opposed directions: some who thought that the lockdowns and other restrictions on liberty should come sooner and been even stricter, others who thought that those measures were far too strict and amounted to an assault on freedom. Most of the people posting from both those perspectives were willing to respect the opinions of those taking different views: some were not.

The full article is available on the Times website here if you have access, but I have posted below some extracts from what Matthew Syed wrote:

"One leading statistician told me, 'This is the most complex public policy challenge of my lifetime.'

"In April 2020 I found myself writing 'I do not envy political leaders making such consequential decisions amid such radical uncertainty.'"

Syed refers to last week's publication of a report by the WHO ranking nations by excess deaths during the pandemic, and writes

"I suspect these results will not much surprise the British public."

"Early reports of a seemingly higher death rate were not a consequence of unique incompetence in Westminster but the deceptive nature of government statistics in other parts of the world."

"The WHO estimate of the number of UK excess deaths is almost precisely the same as that already produced by the National Audit Office. In India, by contrast, the WHO estimates five million excess deaths while the Indian government continues to pretend that it is closer to 500,000. To put it simply, the British authorities were rather more honest with the public, something that should make us proud.

"But what strikes me most about the last two years is the abject, often irrational  nature of public discourse. At times it was as if social media and some of its mainstream equivalents were observing an entirely different crisis.

"Left-wing pundits glimpsed an evil cabal that failed to lock down in March 2020 because it revelled in the mass deaths of the elderly and vulnerable and perhaps wanted to eliminate them."

I can vouch both that Matthew Syed is right on this and that such accusations are often put forward in a way which is utterly impervious to logic.

When I asked one person, who was making on Facebook precisely the allegation that the government was deliberately trying to kill off pensioners, why on earth a party which had been elected to power by a voter base very, very heavily weighted towards the elderly would want to kill off its' own supporters, he just doubled down and continued to post similar allegations which elevated cognitive dissonance to an art form.

"On the other side were equally rabid critics who argued that, far from locking down too late, the government should never have locked down at all."

"There was  ...  no recognition that it was possible for decent people to disagree in good faith. No, anyone who took a different position had to be stupid, and possibly evil.

"What the COVID era reveals is the shocking decline in the standard and probity of public discourse."

He points out that this was not just social media, adding

"Think back to how television functioned during the pandemic - the constant attempts to ask "gotcha" questions rather than elicit information. This was not because interviewers were superficial but because they had an eye to how the clip might go viral later in the day."

"Yesterday I trawled the internet feeds of those who most aggressively attacked the government, particularly those on the left who condemned the "high" death rates. Do you think they informed their followers that the UK wasn't the worst performer in Europe after all?"

"I disagree with many policies of this government, but that doesn't mean I feel the need to disagree with everything. Like many I have become weary of the bad faith attacks, the inability to offer even a soupcon of credit for policy successes, the exhausting criticisms which do nothing for democracy and everything to inflame the cynicism which has become a democratic disease. The truth is that in the whole, and with only a few exceptions, ministers did their best in unenviable circumstances.

And to think otherwise is not a reflection of them, but a truly devastating one of us."

Posted by Chris Whiteside at 2:22 pm

The Facebook exchange with a member of the public which I referred to in the post above was depressing enough.

What was even more depressing was when a few days later during a break between sessions at a council meeting I had an almost identical conversation with a senior Lib/Dem councillor who really ought to have known better.

It emphasises the valid and important points made by Matthew Syed about the disastrous extent to which too many people on all sides of politics have done a great job of convincing themselves that those whose politics they do not share are not just wrong but evil.

This is deeply corrosive to democracy.