And then there were four ... 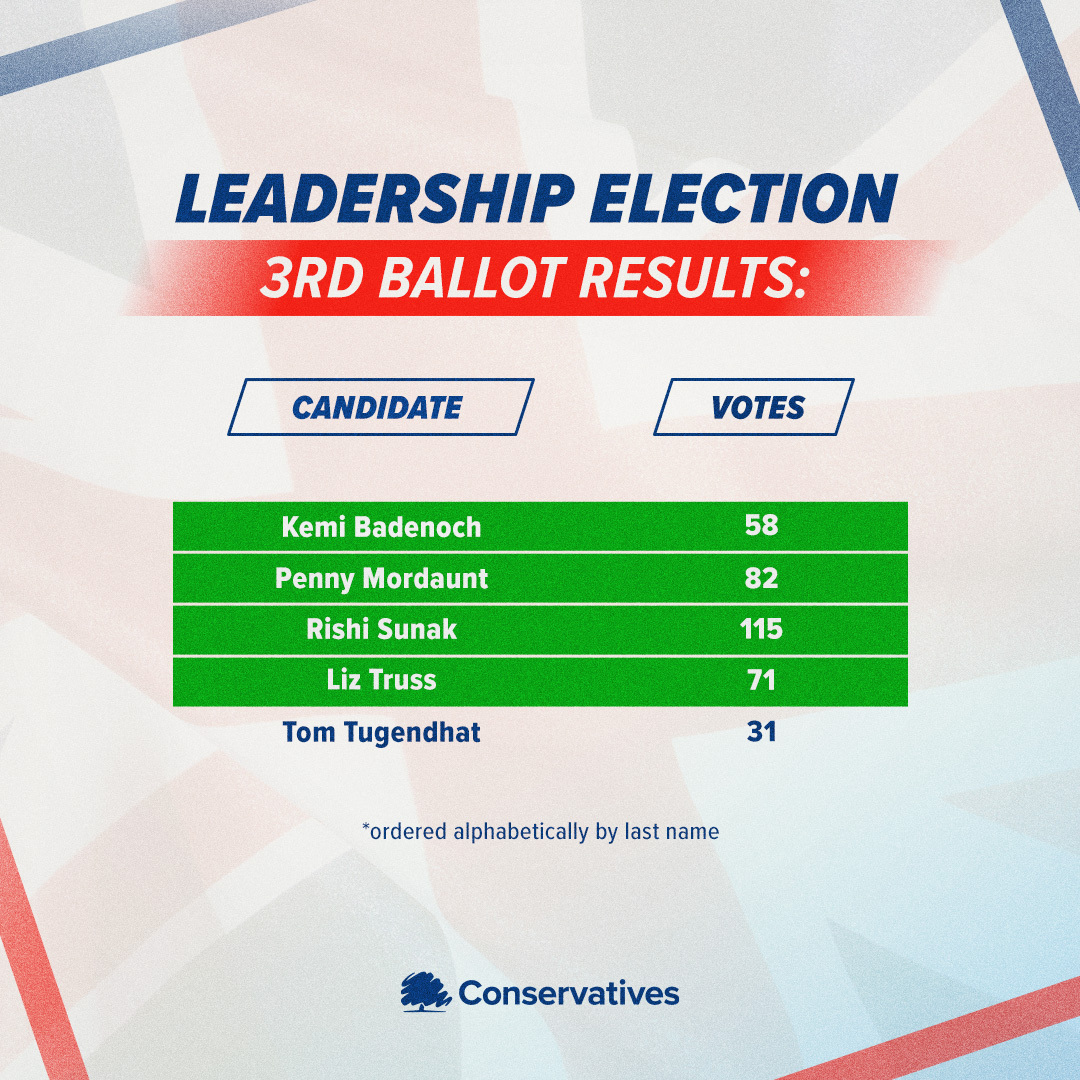 Well done to Tom Tugendhat who fought a good, clean campaign emphasising the importance of integrity.

Or just possibly both.

Labour hasn't ever elected a woman leader or non-white leader.

Labour talks endlessly about diversity but the Conservatives practice it - based not on closed shortlists but on merit.

Posted by Chris Whiteside at 9:00 am