Boris Johnson's last words to the House of Commons as Prime Minister yesterday: 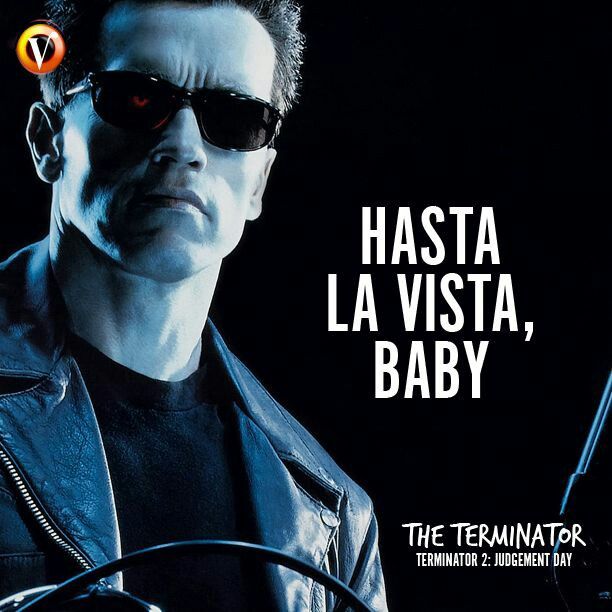 Originally a Spanish farewell, this expression is now associated with Arnold Schwarzenegger whose character in the film "Terminator 2," which is a killer robot, uses the line to another killer robot just before blowing it to pieces.
Some have suggested that this may have been a reference to Arnie's line in the previous film, "I'll be back." Don't think I buy that - certainly hope not because the killer robot who utters that line returns by crashing a car into a building, wrecking the place and shooting almost everyone inside.
Posted by Chris Whiteside at 7:00 am