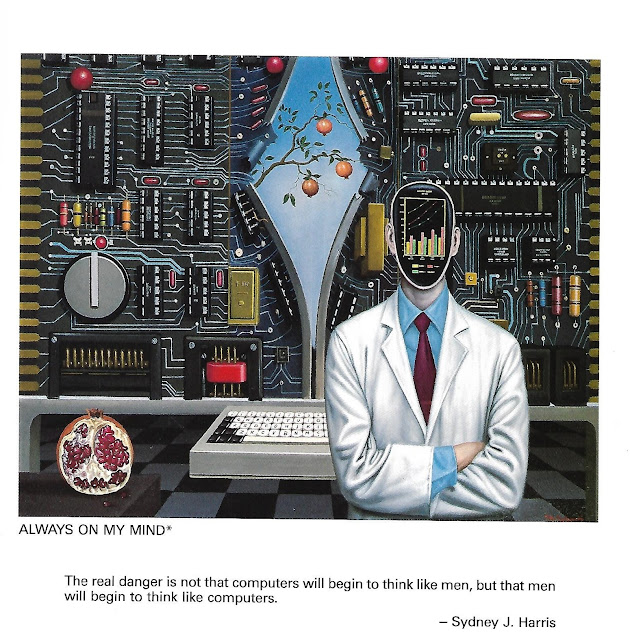 (The painting which illustrates the Syndey Harris quote is by Tito Salomoni.

A book of the author's illustrations with quotes which inspired them has two similar quotes on opposite pages. On one side is the illustration above and the Sydney Harris quote

On the opposite page is the author's painting "The Complete Circuit" and the quote from Erich Fromm: