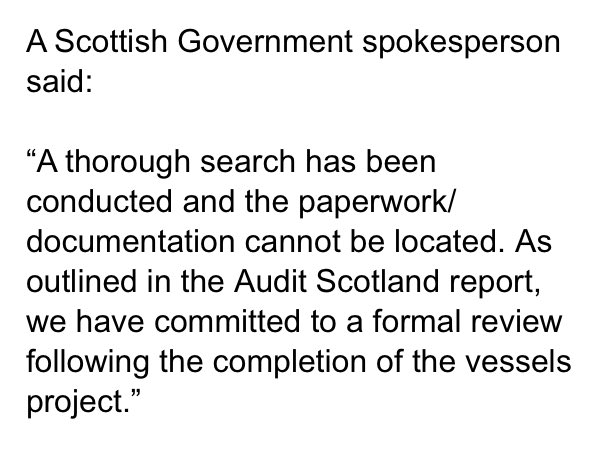 This was the Scottish government's response after the Auditor general was sharply critical of the lack of proper documentation for a £240m ferry contract.

The ferries are years behind schedule and two-and-a-half times over budget.

A BBC report on the Auditor's recommendations can be found by following this link:

Posted by Chris Whiteside at 11:45 pm