A thought on those who laugh three times at a joke

I considered and rejected this as my quote for today, not because it doesn't describe something that often happens but because I think it is wrong to suggest that it only happens to stupid people. 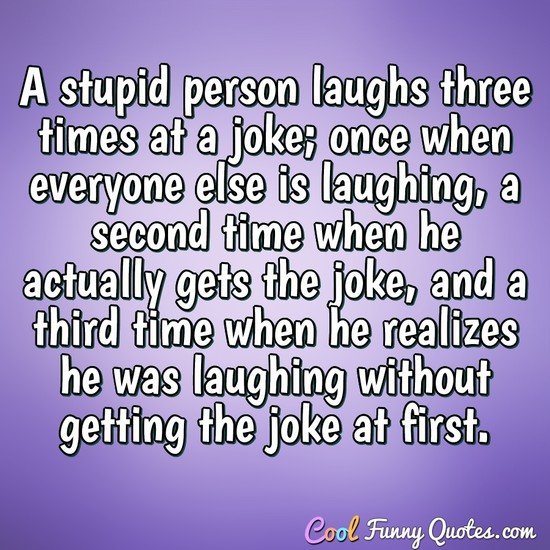 Laughter is infectious and hearing other people laugh often makes us laugh with them.

And humour works differently for different people, so the fact that you don't always get every joke at the same time as everyone else does not necessarily prove that you are stupid.

Indeed, having enough self-knowledge to be able to laugh at yourself is a sign of intelligence. So someone who laughs three times at a joke - the first time because everyone else is laughing, the second time when they actually get the joke and the third time at himself or herself for laughing before getting the joke - probably isn't stupid.

Posted by Chris Whiteside at 8:30 am