Yet another apparent SNP breach of their own hate speech legislation

Another day, another SNP member breaking their own hate speech legislation.

If your party decides to pass a law making "hate speech" illegal, which the SNP government of Scotland has done, it is quite a good idea to make sure your own party's social media output is not full of, well, hate speech.

Since the law was passed the opponents of the SNP have had great fun reporting SNP politicians and activists for apparent breaches when they stir up hatred of Britain, England or the English. There has not been a shortage of opportunities.

The latest was this tweet by SNP councillot Rhiannon Spear following the Eurovision Song Contest. 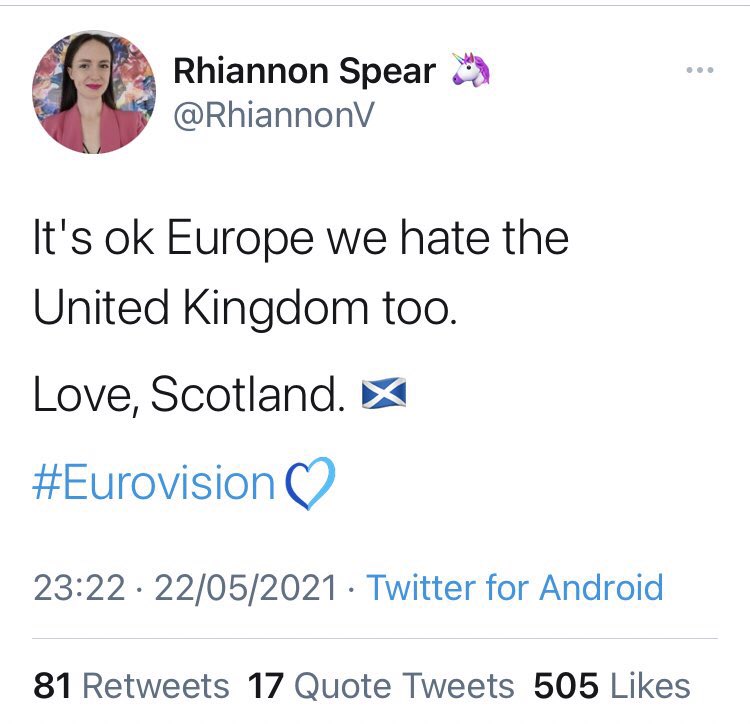 I understand that she has now deleted the tweet and issued the usual sort of non-apology apology, but you really would think that elected representatives of a party which has just passed a law against "hate speech" ought to know better than to put out things like this, wouldn't you?

Posted by Chris Whiteside at 11:50 pm