It is being reported that the Taleban regime in Afghanistan think China is their closest ally. 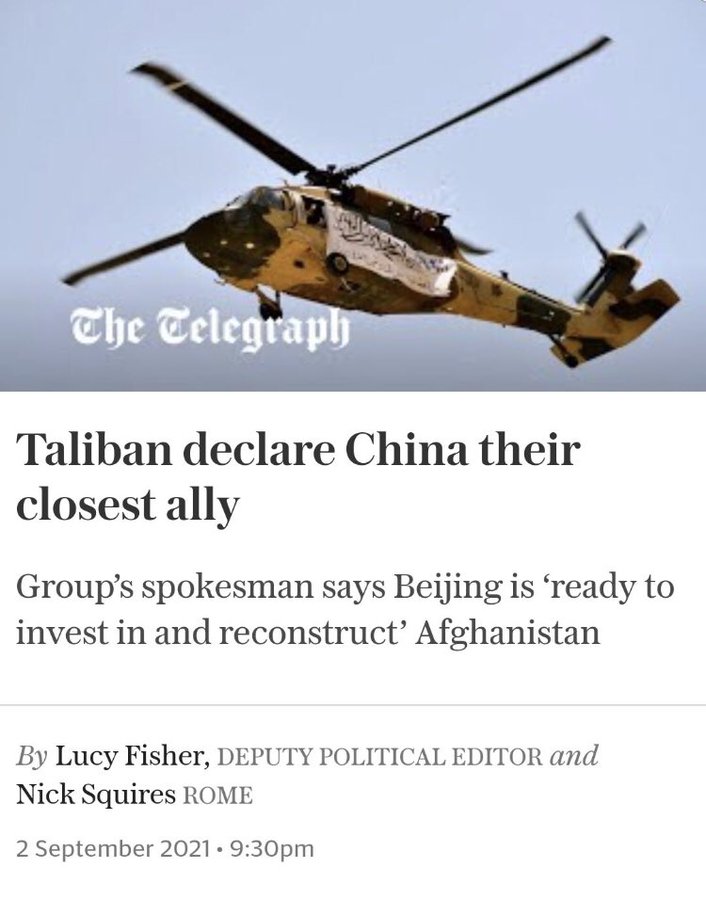 Has nobody told these hardline Muslims about what happens to people who follow their religion in the People's Republic of China?

If there is any truth in the suggestion that the PRC is forming any sort of alliance with the Taleban, it is difficult to work out which of these two diametrically opposed bodies is being more utterly stupid in signing up to such an alliance.

Of all the governments in the world that of the People's Republic of China is one of the most fundamentally opposed to religion of any kind and to religious freedom. The fact that they have put a million of the Taleban's co-religionists into re-education camps is only one of the most obvious pieces of evidence for this. It cannot be in the interests of such a government to see a devoutly religious movement prosper. I cannot see such an alliance ending well for either side.

If the Chinese have fogotten how badly using people like the Taleban can go wrong, someone should remind them what happened within living memory to a superpower which helped the Taleban and other Afghan rebel forces to overthrow a foreign power which really was attempting to conquer and occupy Afghanistan.

The USA sent weapons and ammnition to help the Afghans throw out a Soviet occupying army and end a war which cost far more Afghan lives that anything the West did over the past 20 years. The Taleban showed their idea of gratitude in what they helped Osama Bin Laden to do on 11th September 2001.

A quote attributed to many people and not just Marlowe but it is apposite to both parties:

Posted by Chris Whiteside at 8:45 pm