Unless it is my imagination normally sane people are getting increasingly silly.

In the past 24 hours I have read a number of over-the top scaremongers from people on both sides of the EU debate.

And, sadly, one or two statements which upped the Pinocchio score.

I don't find myself entirely immune from the rising temperature. It had been my intention to make up my mind how to vote at the weekend and hand my postal vote in on Monday. However, I was so incensed by something I read from one side this evening that I very nearly reached for my postal vote to fill it in for the other side.

After five minutes walking up and down the garden I persuaded myself that, although voting against the campaign which has taken more and worse liberties with the truth remains an option if I were otherwise completely undecided, what I think will happen to Britain's economy, democracy, and security is more important.

Indeed, both sides could easily have driven my into putting my cross in the other's box on the ballot paper this evening, one with a letter which was egregiously misleading, a writer for the other side under the "Godwin's law" rule which I half-humorously suggested in a previous post, that the next campaign to liken their opponents to the Nazis should automatically lose.

I think I have a mass of material for my next "Worst of both worlds" article but in the meantime, 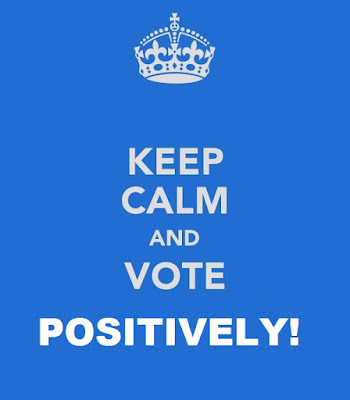 Posted by Chris Whiteside at 9:16 pm