The "Thankful villages" - and the rest

I learned today that there are 54 places known as the "thankful villages" in England and Wales - the person who compiled the list ignored Scotland for some reason - who sent people to serve in the First World War and where every one came back alive.

Sounds like a fair number - until you realise that there are 16,000 settlements in England and Wales. the vast majority of cities, towns and villages were less fortunate.

Almost every town and city I know has a war memorial on it with a list of the names of those who never came back - every one of them somebody's son (or daughter), all too many of them someone's husband or father (or wife or mother).

The small town where my father grew up has a slightly different war memorial, in a park a few yards from my grandparents' house. It is a park which I often visited as a child but the full, horrific implications of the memorial concerned did not hit me until I was an adult with children of my own and a greater understanding of how much harm a disaster such as the one it relates can do to a community.

Here is that memorial - a beautiful thing raised by grieving citizens to honour people they loved, set in a beautiful park, Bold Venture Park in Darwen, Lancashire. 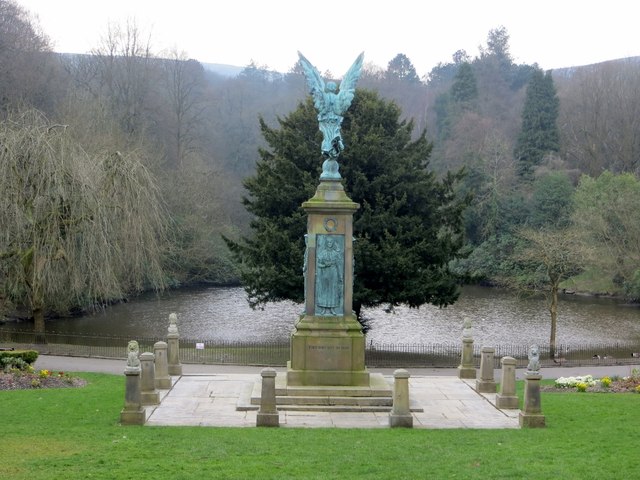 Unlike most memorials for anywhere smaller than a great city - and Darwen is about the size of Harpenden and slightly larger than Whitehaven or Workington - it doesn't have a list of names. This is what it has instead. And if your reaction to this inscription is anything less than horror, the full implications have not hit you. 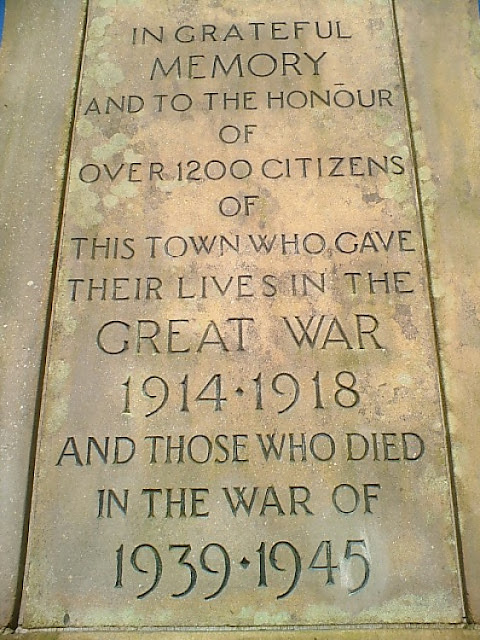 As I have inferred, Darwen is not the largest of towns and yet too many of its' citizens were killed to fit their names on a memorial. In the census of 1911, three years before the hammer blow represented by the above inscription hit, the population of the town was 40,000.

There will of course have been other contributing factors to this decrease, but nobody will convince me that the loss of so many young men in World War One and the knock-on effects on the vitality of the town was not the main one.

My grandfather was one of the men from Darwen who went to war and was fortunate enough to come back. But one of the names which would have been on that memorial had there been room for twelve hundred names is that of his younger brother, Fusilier Robert Whiteside, who died at the age of 18 just six miserable weeks before the 1918 armistice.

Pinned to a board in front of me as I write this is my postal vote for the EU membership referendum, Over the next week or so I will be carefully considering where to put my cross on that ballot paper before returning it.

One issue which will affect that vote will be democracy, something which exists but is imperfect in both the EU and the UK and I will be considering whether it will work better In or Out.

A second is the economy, something of vital importance to our ability to afford a better society. I have written about this before and will do so again; the economy is an important issue but not the only important issue.

And a third is security and defence. Twice in the 20th century Europe was wracked by terrible wars and as the 100th anniversaries of various battles of World War One passed us over the last two years, they keep drawing my mind back to the terrible message of that memorial in Bold Venture Park, Darwen.

I have heard passionately held arguments from both sides about whether our membership of the EU helps or hinders British security and defence. I am still thinking about the merits of those arguments in the form in which they have been put by sensible people on both sides - and not, obviously the silly caricatures which have occasionally been presented (usually by people deliberately misrepresenting the arguments of their opponents). Democracy and economics are important, but the defence, safety and security of our people is the most important consideration of all.
Posted by Chris Whiteside at 10:00 am